Australia's population is about 5% Asian, mostly Han Chinese. And, as I have often noted, Australia is so racist that it is very common to see about the place little Asian young ladies on the arm of tall Caucasian men. It's the same in America: Little Asian ladies really go for tall Caucasian men. And since neither party is in fact racist the ladies tend to get their man. Finding this little feminine lady being nice to them tends to go down well with the men concerned. When so many Caucasian ladies tend to talk feminism, it must in fact come like a breath of fresh air.

But that creates a puzzle. Asians have been in Australia for a long time now. They started coming when the conservative government of Harold Holt abolished the White Australia policy in 1966. So this fascination has been going on for some time so where are all the Eurasian babies? It is quite rare to see anybody of any age about the place with that mix of ancestry. I now know why.

I was having a pleasant chat to a young female pharmacist recently who was wearing a nameplate which gave her surname as "Ng" (pronounced "Ing"). She spoke good Australian English and did not look Asian so I assumed that her surname must have been that of her husband. So we talked a little about the surname "Ng" and I said "You got your surname from your husband, did you?"

Booboo! No. she said, "My husband is Caucasian. It's my father who is an Ng.He is Chinese.My mother is Caucasian". So there you have it: She was Eurasian but did not look it. Her eyes were a little narrow but were within the Caucasian range of variation. She also told me that she and her husband had a little blue-eyed son, so no-one will ever guess the Asian in his ancestry.

So that's the answer to where all the Eurasians are. They are all around us but mostly we can't tell. Quite a lot of our apparently Caucasian population has in fact been given to us by Chinese mothers!

ADDENDUM: A little more about what is going on in the mixed marriages.

There are a few taller ones but most of the Chinese ladies are quite short -- around 5'. And when they find themselves among what must look to them like an army of giants, they hate it. So they want their children to be tall. But to achieve that, they have to marry a tall man. And there are few tall Chinese men around. So to get themselves a tall husband they have to find a tall Caucasian

And there are quite a lot of Caucasian men around in my burg who are in fact 6' tall or taller. So that would be perfect for what the ladies want. And it is the tallest men they go for. Though they also seem to like men who are both tall and well-built -- footballer types. The footballer might be a bit dim but they figure they have got enough brains for two.

Some years ago I read a story about Chinese ladies on Ivy League campuses in America in which the Chinese ladies were known to go for "Jocks" -- big built Caucasian sportsmen. It was such a phenomenon that the Caucasian ladies felt outdone in getting a big man and referred to the Asian ladies as "The yellow peril". Even after a lot of Googling I have been unable to find that article again so I suspect that it has been erased in the name of political correctness.

So what do all the tall Caucasian ladies do? They want tall men too. A lady HATES having a man shorter than her. But they mostly miss out. The Chinese ladies have out-competed them. And they hate seeing a tall man with a short lady on his arm. They see the lady as stealing one of THEIR men.

So what about the Chinese men who are spurned by Chinese ladies? Sometimes they just send back to relatives in China to find themselves a bride but there is also another possibility. It's not very common but some Caucasian ladies like the politeness and patience of the Chinese men. So you do occasionally see the combination of a Caucasian lady with a Chinese man.

On one occasion I saw a remarkably attractive Caucasian lady going out with a fairly ordinary-looking Chinese man. I think I know what happened there. The lady was so attractive that all the men wanted to rush her in to bed. The Chinese man was the only one who had patience. And she wanted that.

And last of all, where do short men fit into the picture? As they themselves often complain, they are invisible. Ladies look right over their heads. And that does of course steam them up. So they too want a taller partner so that their children will not suffer such indignities. So they go all out to get a tall woman. She might be skinny and gawky and be of limited attractiveness generally but they will have her. As long as she has got long legs. Anything for tall sons! So any tall lady will never lack a dapper suitor -- as long as she can cop a small one.

I remember an amusing instance of such a trade. A very feisty and quite attactive lady I know had teamed up with a successful barrister and she was crowing slightly to one of her friends about that. The friend said: "but isn't he a bit short?". The feisty lady replied: "He is 6 feet tall when he is standing on his wallet!" And so it goes.

We must not take East Asian ancestry as totally homogeneous. There are many nations there with their own histories. So my generalization above about the invisibility of Eurasians is undoubtedly too sweeping. Some Eurasians do look rather Asian and that could reflect a different ancestry, ancestry from Asia but from a different part of Asia.

Another fact that very strongly points to different Asian ancestry is the fact there are quite a few people in the Caucasian population who have no traceable Asian ancestry but who have semi-Asian features. I know of several among my personal acquaintances and friends. And they pass those features on to their children. They do not die out. So their Asian genes are as persistent as equivalent genes in other Asians are recessive.

A possible source of more persistent genes is Mongolia. At one stage in history the Mongols conquered China and ran an empire there for several centuries,

So it's possible that the Mongolian genes for appearance (high cheekbones, very narrow eyes, sallow skin) are persistent but the Han Chinese genes are not. Mongolia is a cold dark place to the North of China where people are animal herders rather than farmers so maybe that had some effect on the evolution of the eyes which did not take off in China

Below are two pictures that show you what I mean. Both are of  Franceska Hung, who has just won a Miss Australia competition.  Her father is Chinese and her mother Caucasian. She could be any well-tanned Australian.  Her eyes do not stand out as Asian. 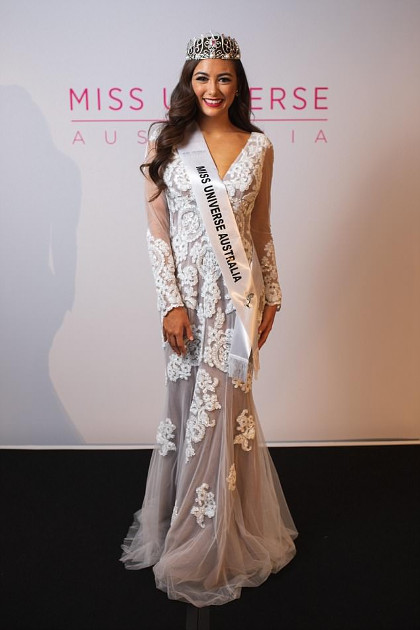 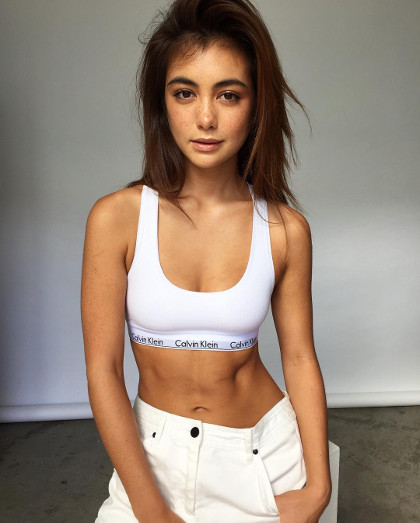